Strikers are always looking for the goal that defines their season and gives four big names the chance to turn what has been a very mixed campaign for them into a great one.

For Chelsea, Didier Drogba spent a few months on the fringes of the team but he has been instrumental in their recent revival, and their former Reds star Fernando Torres is back among the goals after looking like he would never score again.

Liverpool's £35m striker Andy Carroll has also faced a lot of stick for his failure to find the net regularly, while his team-mate Luis Suarez has had other issues after he was banned for eight matches for racially abusing Manchester United defender Patrice Evra in October.

At times, it has been a campaign that they will all have wanted to forget, but I think one of them will score the goal that will win the game, and the cup. 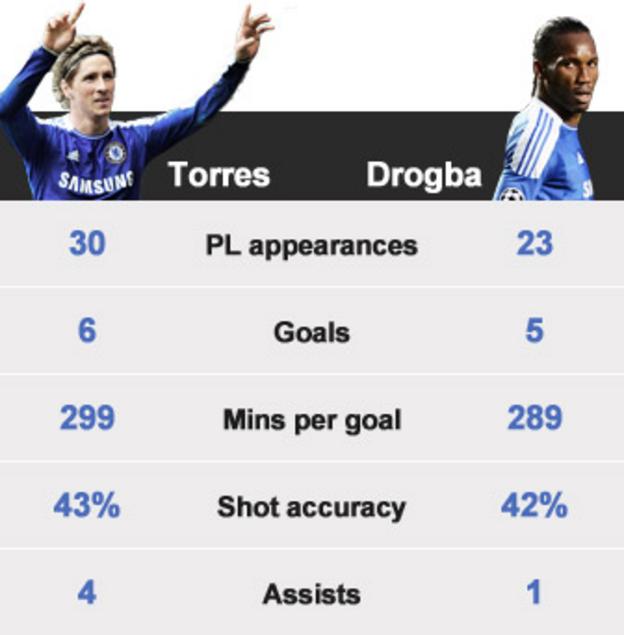 Who will it be?

Drogba definitely has previous at Wembley. He has played seven times at the stadium - in three FA Cup semi-finals, two FA Cup finals, and a League Cup - and he has seven goals.

He is 34 now but he just keeps on going and I am a huge fan of his, although I wish he would cut the diving out.

Drogba is a real handful, a proper centre-forward who defenders hate playing against. He is big and strong and he bullies defenders at times. Liverpool will do well to keep him quiet.

Whenever Chelsea are struggling, and we saw it so often against Barcelona in their Champions League semi-final, they can play that long ball up to Drogba and he can hold it up and give them a bit of breathing space.

He is also a great team player. Yes he is a scorer of great goals, but he contributes just as much when the opposition have set-pieces too.

He comes back for every free-kick and corner and defends very well.

He has not signed his contract to keep him at Chelsea past the summer but he has shown in the past four or five months that he is as good as ever. English football would definitely miss him if he left the Premier League. 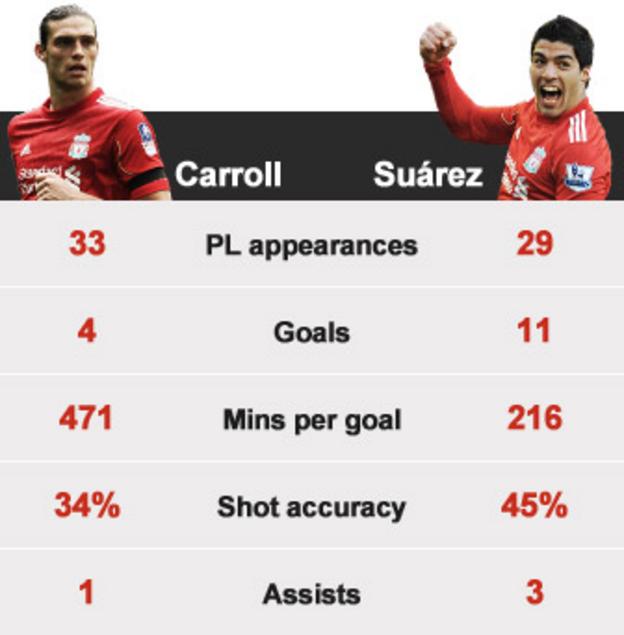 I don't see Torres starting the game, because I think Blues interim boss Roberto di Matteo will put Drogba up front on his own to begin with. But I think the game will be so tight, Chelsea's £50m frontman will definitely have a part to play.

We knew what Torres could do from his time at Anfield and you just don't lose that ability - it was confidence that he was lacking.

That has all changed now, though. He had a great pick-me-up with that late goal at the Nou Camp against Barca, got a hat-trick in his next game against QPR and also played really well against Newcastle on Wednesday without scoring.

Liverpool striker Carroll, who moved to Anfield on the same day Torres left for Stamford Bridge in January 2011, is another player who finally seems to be on the up.

I was so pleased for him to score their winner against Everton in the semi-final and I would be made up for him to get the winner on Saturday too.

Strikers are always judged on goals but, wrongly in Andy's case, he is judged on his transfer fee too.

That's unfair because that has nothing to do with him - Liverpool paid out the money, not him - but living with a big fee on your back is something footballers have to put up with.

"When I watch Liverpool at Anfield and see the games they have drawn and even some of the ones they have lost, then they have always created loads of chances."

It has been a difficult year for him, and things will remain difficult until he starts scoring regularly. But the ability is there - I saw that when I worked with him at Newcastle, and he is a good lad too.

You could argue that Liverpool could play to his strengths more, in the same way Chelsea definitely play to Drogba's. They don't always find him in the air in the right areas.

But it is difficult to do that when you have Suarez in the team as well and, in any case, I think it is the Uruguayan who could be the match-winner at Wembley.

Suarez has had his issues too of course. Controversy has surrounded him since he racially abused Evra in October, and then refused to shake his hand when he returned from his ban in February.

So it is much more positive that we are back to talking about his actual performances again. Suarez is clearly at the top of his game right now.

His hat-trick against Norwich last weekend was a big plus-point, because, up until then, he had not scored many league goals. He seemed to hit the woodwork a lot and did not really get his reward for his hard work.

As we have seen, Suarez is an excellent footballer. He brings other people into the game, leads the line well and runs in behind the defence. It will be tough for Chelsea's defenders to deal with him.

I see Saturday's game as being extremely close but if you pushed me, I would have to say Liverpool will just about shade it.

Chelsea have had a very good time of it under Di Matteo but they have obviously got something bigger to look forward to after the FA Cup final, namely the Champions League final in Munich on 19 May.

For Liverpool, this is the climax to their season and they will be desperate to stop people talking about their poor league form.

They just want to get this season out of the way, but they are also desperate to end it with two trophies to show for it. With Suarez up front, I think they might just pull it off.