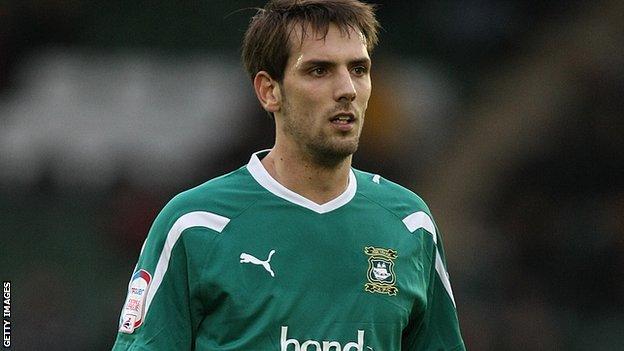 Plymouth Argyle defender Maxime Blanchard says he wants to help the club get back into the Championship.

The Pilgrims, who endured successive relegations, avoided dropping out of the Football League last month after slipping into administration in 2011.

The 25-year-old, who has penned a new deal at Argyle, told BBC Radio Devon: "This is a massive club.

"I want to help set the record straight and send the club back to where they belong," he added.

"The club has always been a big club, even in League One last year."

Blanchard first came to the club on loan in November as a free agent after being released by Tranmere in the summer.

At the time there were few senior players as Argyle had just come out of administration following James Brent's takeover and the club was at the bottom of the Football League.

But since then he has seen a big change in the club's fortunes and ambitions.

"It's like signing for a new club compared to November when I came here.

"The ambition is different right now, there's a big momentum with that relegation fight that we won, it was like a promotion.

"The future ahead of the club is a lot brighter than the past," he added.