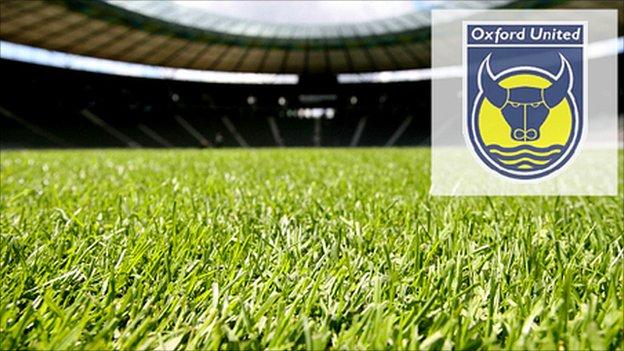 The U's sent loan keeper Connor Ripley back to Middlesbrough after featuring in Saturday's game against Southend.

Ripley stepped in at the last minute after Wayne Brown was injured in training last Friday, but he was unable to prevent a 2-0 defeat.

Ryan Clarke remains sidelined with a rib injury while Brown is due to have an operation on a knee problem.

"With such a pressure game against Port Vale on Saturday we're looking to bring in someone with maybe a bit more experience and we have been working hard to make that happen," said U's manager Chris Wilder.

Argentinean Martinez, 19, is yet to make a first-team appearance for the Gunners.

"I am very excited to be playing for the Oxford United first team on Saturday," said Damian.

"It is going to be a great experience and I will try and help the team as much as I can. It is exciting and hopefully we can win to get into the Play-Offs.

"I have played a year-and-a-half for Arsenal so hopefully I can play more years in England because I really like it.

Wilder also revealed he had tried to bring in veteran Arsenal keeper Manuel Almunia but missed out on his signing.

"We have a fantastic relationship with Arsenal, but unfortunately Almunia had something happen on a personal level that stopped him coming," Wilder told the Oxford Mail.

"The top clubs have been fantastic. We've had conversations with Sir Alex (Ferguson) and Arsenal - Manuel expressed an interest to play, but sadly he's got an issue which he needs to take care of."