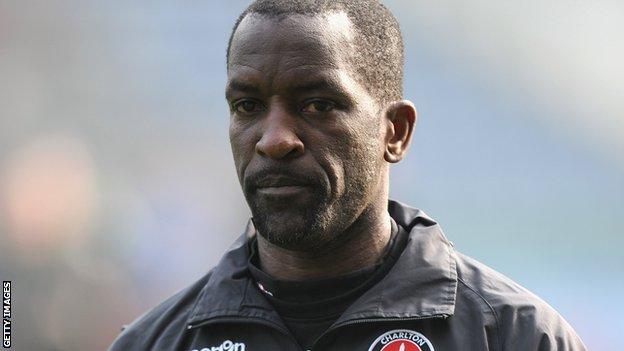 Charlton boss Chris Powell is refusing to get carried away despite guiding the side back to the Championship.

The Addicks will be in the second tier next season for the first time since 2008-09 after sealing the League One title three weeks ago.

Powell told BBC London 94.9: "We've had a rotten seven years so let's make sure we don't run away with ourselves.

"It's about establishing ourselves again in the Championship. This is a big step for us."

He added: "We just want to grow at our own pace and do what we have to do on and off the field.

"If that is making us bigger and better by the day, that's fantastic."

Powell transformed his side into promotion contenders last summer with the addition of 18 new players, but he does not think he needs to repeat such a large recruitment drive to successfully step up in division.

"If you want to keep growing you have to have that attitude of wanting to do better," he continued.

"Many of our players here can play in the Championship. No doubt.

"I think I have a squad that can compete but there are some areas I will look at and there will be players that will come in and help us grow. I don't want to stand still.

"I won't be doing it to the extent of last summer.

"We'll just tweak it here and there."