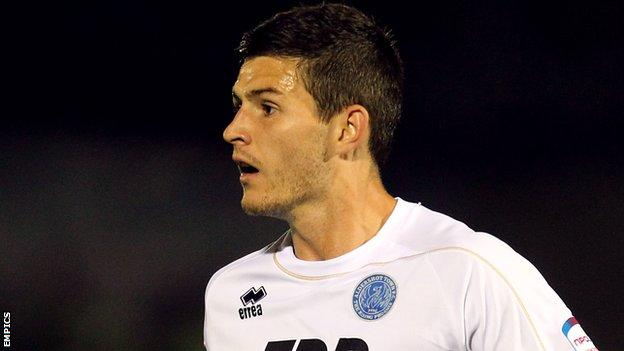 Aldershot Town's Aaron Morris says he wants to establish himself as a central midfielder at the club.

The Wales Under-21 international, who signed a new one-year deal this week, has also played in defence this season.

The 22-year-old told BBC Surrey: "I've chopped and changed around my position but I think centre-mid is where I'm finding my feet.

"It's going to take games and experience to fulfil the potential I know I have got in myself."

He added: "The gaffer [Dean Holdsworth] is going to do his best to bring me on, progress me and take me on to bigger and better things."

The Shots missed out on the League Two play-off places this season but set a club record of six consecutive league wins.

The Hampshire side also reached the fourth round of the League Cup for the first time in their history, and Morris believes the club can make further progress in next season's campaign.

"If a few results had gone our way, we could have snuck into the play-offs," the former Cardiff trainee continued.

"We were hot and cold and we are only about five points off. It shows how close we are.

"If we can be consistent next season we have every chance of doing well. I'm really looking forward to next season."