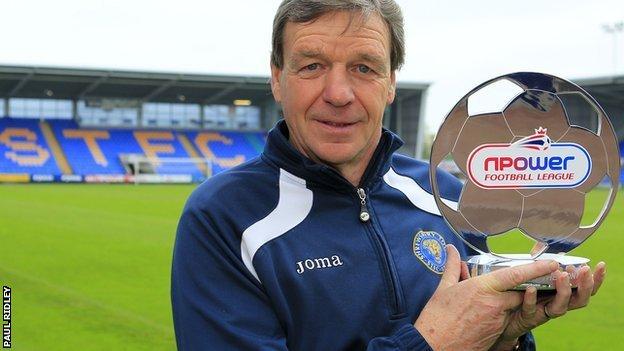 Shrewsbury boss Graham Turner has dedicated his League Two manager of the month award for April to his players.

Turner's side's run of five wins and one draw in April guaranteed them promotion to League One with one game to spare.

"The players have earned me that with their hard work," the Shrews boss told BBC Radio Shropshire.

"The strong finish we've had is the reason we've finally gone up and for that I've got to thank the players."

Turner added: "The art of being successful is finishing strongly and I look at the sides around us and we probably finished stronger than any of the other front runners."

Shrewsbury's promotion has been helped by their unbeaten home record in League Two.