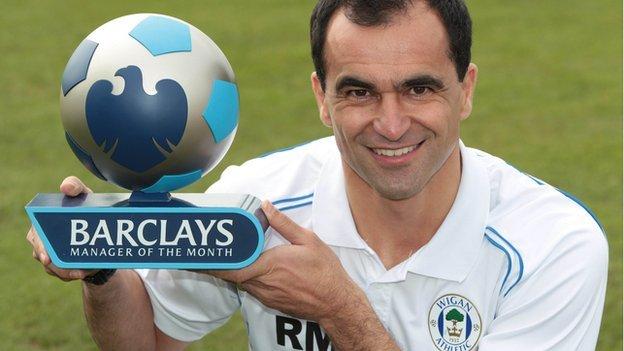 Wigan Athletic's Roberto Martinez has been named as April's Premier League manager of the month after guiding them out of the relegation zone.

Recent wins over Manchester United, and Newcastle United moved the Latics out of the bottom three for the first time since October.

Everton's Nikica Jelavic took the player of the month crown.

It is the first time that Martinez or Jelavic have won either award.

whose goals have helped Everton maintain seventh spot in the Premier League, said he was "really pleased" to have been given the award.

"Awards are always nice and this one shows how well the team is doing just now," he said.