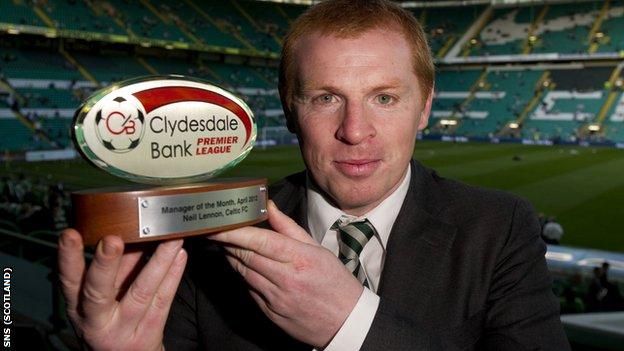 Celtic's Neil Lennon has been named the Clydesdale Bank Premier League manager of the month for April.

Lennon guided his side to four consecutive league wins last month and saw his side confirmed as SPL champions.

Celtic began April with victory at home to St Johnstone, following it up with a 6-0 win away to Kilmarnock.

Lennon's side then defeated Motherwell 3-0 at Fir Park before another 3-0 victory in the Old Firm derby.