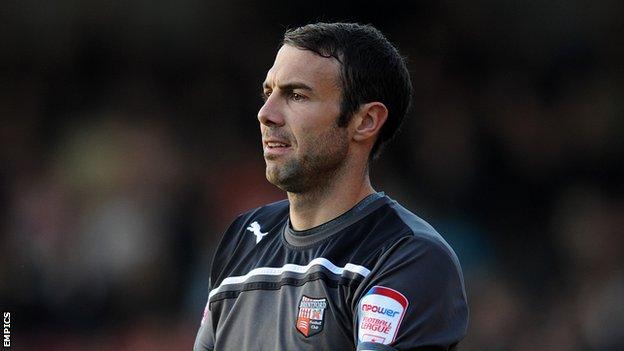 Brentford goalkeeper Richard Lee believes the side can mount a push for the League One play-offs next season.

The Bees finished the campaign in ninth place, six points off the top seven.

Lee told BBC London 94.9: "We had done very well and got close but it all bodes well. If we continue as we finished this season, all looks good.

"Within the squad we've got a belief we could go further. With one or two additions there is no reason we can't go get in there."

The west London side finished the season with a 3-2 win away to relegated Chesterfield, and after the game manager Uwe Rosler vowed that his side will challenge for promotion in the new campaign.

And Lee praised the German's impact since his appointment at Griffin Park last summer.

"The manager is hugely passionate," the 29-year-old continued. "He's come in and his attention to detail is second to none.

"He embraced what was already here and worked well together with the staff.

"He watches games 24/7 on his laptop and knows this league as well as anyone.

"That, combined with a good owner who's putting money in and some Championship-standard players, [means] I think we'll be in with a shout next season."