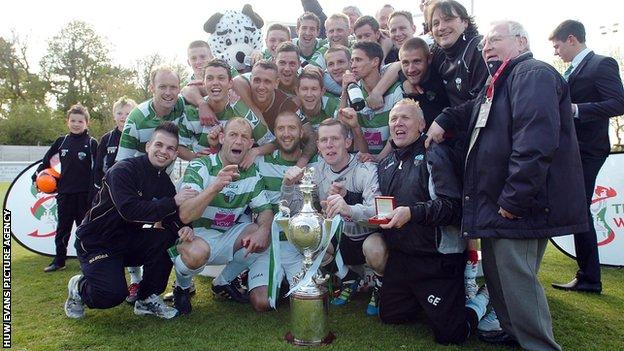 Alex Darlington squeezed in TNS' second after Fraughan's initial shot has been parried by Mullock.

Mullock had earlier tipped a 25-yard Fraughan drive onto the post while Saints striker Draper had two second half chances cleared off the line as the Welsh Premier champions looked to press home their dominance against their Cymru Alliance opponents in their first final for 108 years.

Mullock also made a stunning point-blank save from substitute Tom Roberts while the Saints defence kept record of not conceding a goal through their entire Welsh Cup campaign.