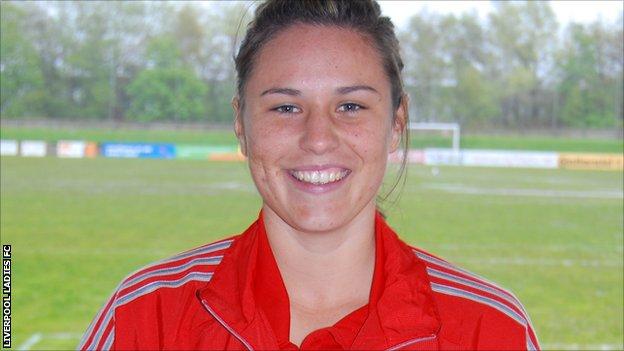 The 19-year-old, who was recently called up to the Australia national side, is in contention to make her debut against Arsenal on Sunday.

She said: "I'd always wanted to play overseas and when I heard that Liverpool were interested in signing me, I couldn't turn it down.

"This league will be the highest standard of football that I have regularly played in."

Liverpool manager Robbie Johnson added: "Emily is a great signing for us and a player that we've been tracking for some time.

"She's a fast, talented striker with great potential, and will hopefully get us some crucial goals this season."

Gielnik has been a regular for Australia's Under-20 team and netted nine goals for Brisbane last season, making her the second-highest scorer in the W-League.