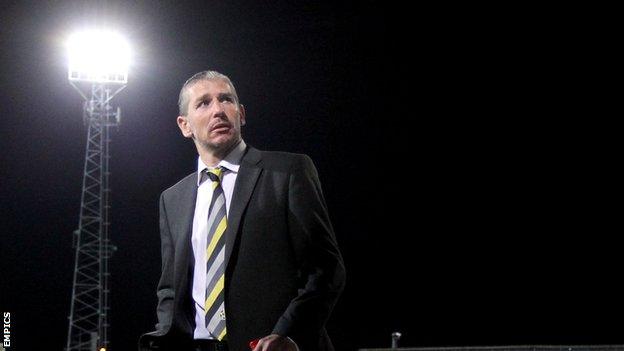 George believes the work he does over the next few weeks could define the U's chances of success next season.

"This time of year is hugely important and I want to make sure one or two deals happen pretty quickly," he told BBC Radio Cambridgeshire.

"We've identified players within our pay range who can improve our squad and the process is well under way."

The U's won six and lost just two of their last 12 games to finish ninth in the Blue Square Bet Premier after a season notable for the number of loan players appearing at the Abbey Stadium - a situation George is hoping to avoid in 2012-13.

"I went for permanent signings last year, the only reason we ended up with so many loanees is we had so many injuries and the squad wasn't quite as strong as we wanted at the start of the season," said George.

"We're obviously doing loads and loads of background work on players, we're speaking to agents, and I can assure you over the next couple of weeks my diary is pretty full.

"I'm a great believer if you can get the right players at the right price, the quicker you do that business the better."