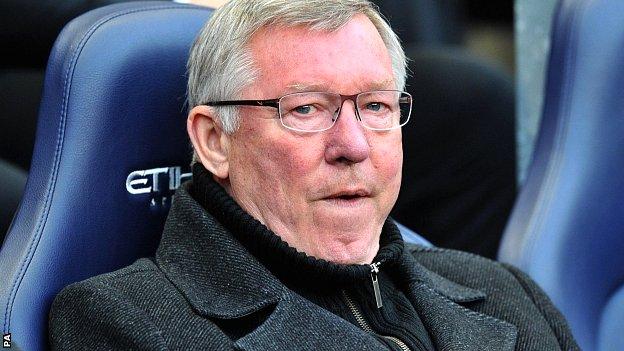 Saturday's Wembley showpiece between Liverpool and Chelsea begins at 1715 BST rather than the traditional 1500.

"It's absolutely ridiculous. They have changed the most prestigious cup competition in the world just to get an audience," Ferguson said.

We'll have to accept, if we lose the league, it was the Everton game that did it

"It's bedlam down there now. We owe so much for the revenue that TV can bring us that they dominate us."

He added: "The only saving grace we've got is at least we all play at the same time on the last day of the season, that's vital."

Historically the FA Cup final has been the last match of the English domestic season but this year takes place the weekend before the final round of Premier League games.

With two matches remaining in the Premier League, United are level with neighbours Manchester City but have an inferior goal difference.

Ferguson's team host Swansea on Sunday and the United boss points firmly to the dramatic 4-4 draw with Everton at Old Trafford last month as the reason why his team have lost the ascendancy.

"We'll have to accept, if we lose the league, it was the Everton game that did it."