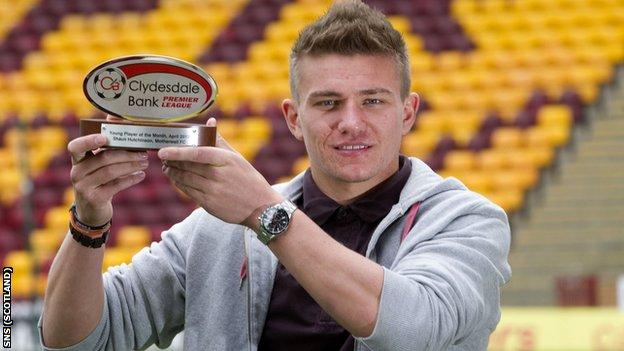 And the Steelmen clinched a Champions League place this week after their win over Hearts and Dundee United's defeat at Rangers.

Newcastle-born Hutchinson joined 'Well five years ago and made his debut in May 2009.

The defender has made 31 appearances for Stuart McCall's side this season, scoring twice.