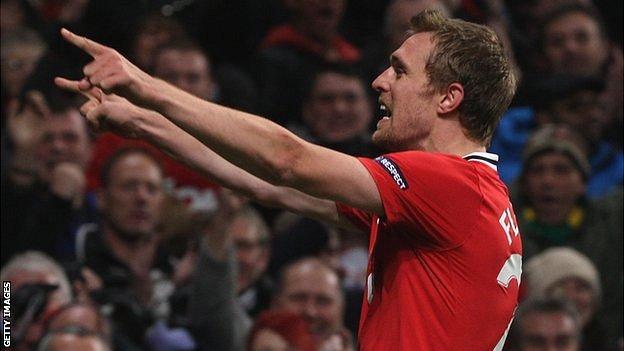 Manchester United's Darren Fletcher is "doing his best" to resume his career after being diagnosed with ulcerative colitis, says Sir Alex Ferguson.

Midfielder Fletcher began an extended break from football in December because of continuing health problems caused by the chronic bowel condition.

Rumours earlier in the week suggested the Scotland captain, 28, was about to announce his retirement.

But Ferguson said: "We're hoping he will start pre-season training."

Fletcher's last game was in the 2-2 Champions League home draw against Benfica on 22 November, in which he scored.

Ferguson added: "He is on the recovery road at the moment in the sense of some work he is doing.

"But we can't assess it because we don't know enough about it.

"Darren's medical people are dealing with it and our doctor has a good idea of the situation but at the moment the boy is doing his best to come back."

Fletcher signed a four-year extension with United in March 2011.