In the Premier League Manchester City are about to put their ribbons on the trophy while Manchester United remain in their slip stream just in case their neighbours slip up. At the bottom Bolton and QPR will go into the last game of the season with survival on the line.

Take a look at my team of the week and see which players have made it. Join the debate on Twitter using #BBCFootball. 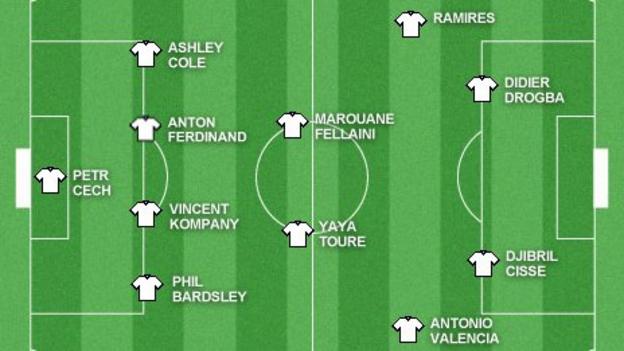 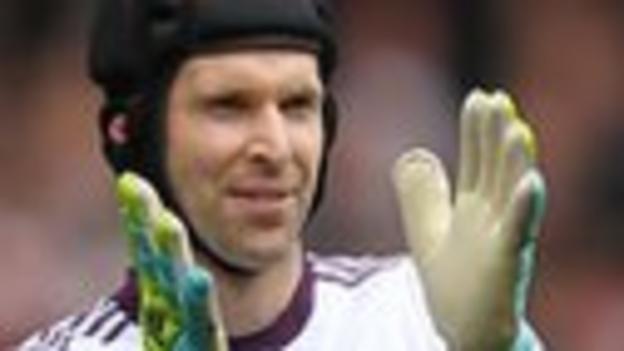 World-class goalkeepers get that label because they make world-class saves. Cech's save from Andy Carroll's goal-bound header in the FA Cup final was the turning point in Chelsea's fortunes. It was the late, great Brian Clough who insisted that no team was equipped for greatness without a keeper capable of winning matches. The Czech is playing the football of his life once more. One more big game in Munich in the Champions League final would do just nicely Petr.

Did you know? No goalkeeper has won more FA Cup winners medals than Cech (four). 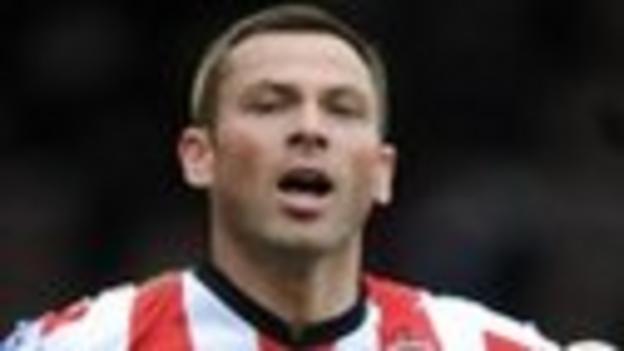 This lad has had a very good season for the Black Cats. He might have made more selections in my TOTW had Martin O'Neill arrived sooner. His performance against Fulham was epitomised by his goal. He picked up the ball 10m into the opposition half, played two one-two's and struck a magnificent shot past Mark Schwarzer.

Did you know? Three of Bardsley's four Premier League goals have come in defeats. 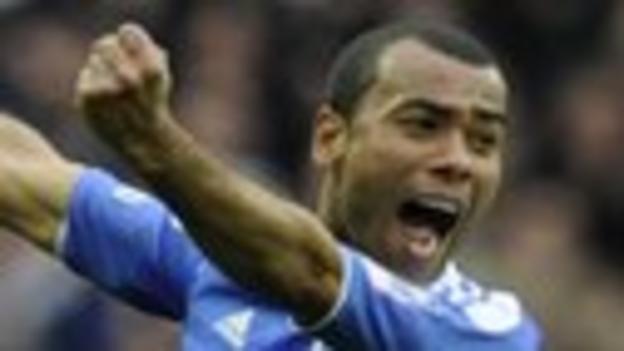 For me the best left-back in the world right now. He's not shown this kind of form since the 2004 European Championships in Portugal. He's been instrumental in Chelsea's resurgence under Di Matteo and once again remained solid as a rock against Liverpool in the Cup final.

Did you know? He has picked up seven FA Cup winners medals, two more than any other player in the history of the tournament. 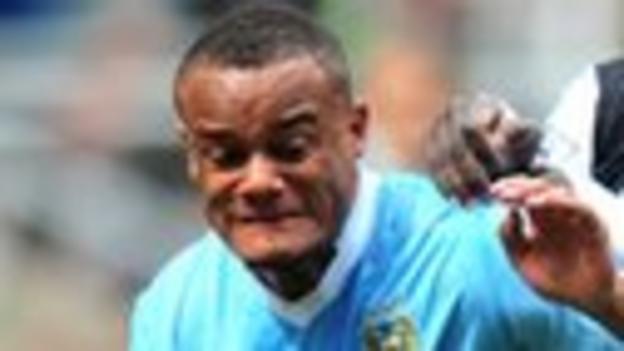 I can't argue with the winner of Manchester City's player of the season. He has been immense. Quite apart from anything else he has conducted himself impeccably, showing leadership qualities in an extraordinary season for City. Against Newcastle two of the most potent strikers in the Premier league, Papiss Cisse and Demba Ba, never had a sniff.

Did you know? Since his debut, Man City have conceded 1.6 goals per game without Kompany starting in the PL, compared to 0.9 when he has played. 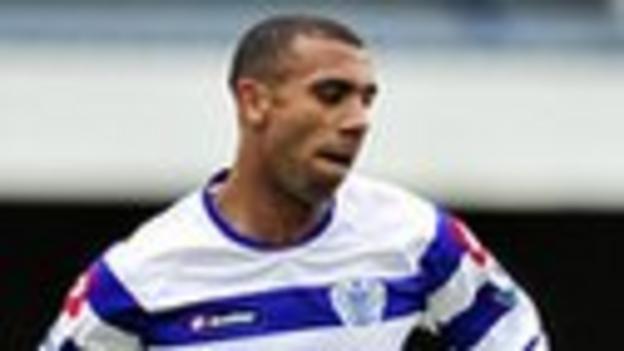 This was a massive fixture for QPR and one they had to win. Their best bet of course was to keep a clean sheet and Ferdinand was instrumental in that regard in a QPR defence that lived dangerously at times. It was his flick-on that created the goal for Djibril Cisse from Adel Taraabt's corner. By impacting the game at both ends he gave a complete centre-back's performance.

Did you know? Only Stoke's Ryan Shawcross (464) has made more clearances in the Premier League this season than Ferdinand (303). 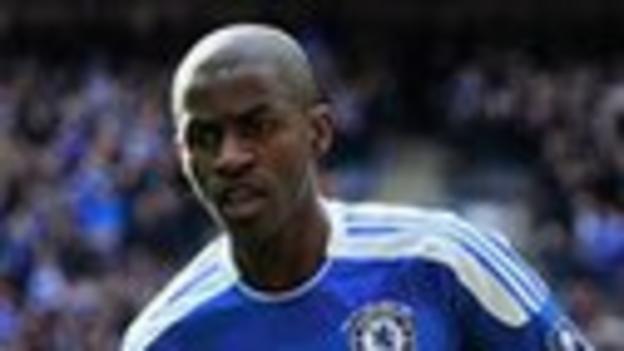 What a season the little Brazilian is having and he still has much to contribute before it is all over. He is renowned for his desire and passion for the game but his ability to remain cool in front of goal is proving to be his greatest asset of all.

Did you know? Has bagged 11 goals this season and is their joint-top scorer in Cup competitions (seven, level with Drogba). 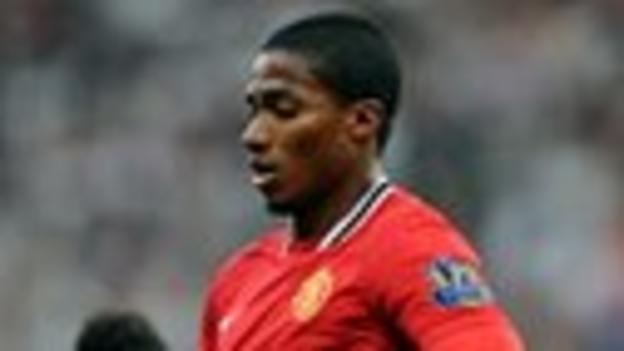 Why oh why did Sir Alex Ferguson not select Valencia for the Man City game? With the Ecuadorian and Danny Welbeck in the side we might be talking about a very different title race. He was a constant thorn in Swansea's side, creating chance after chance without the histrionics of someone like Ashley Young, who hits the deck if the full-back coughs. A must against Sunderland in a must-win game if United are to have any chance of retaining the title.

Did you know? Only David Silva (14) has assisted with more goals in the Premier League this season than Valencia (13). 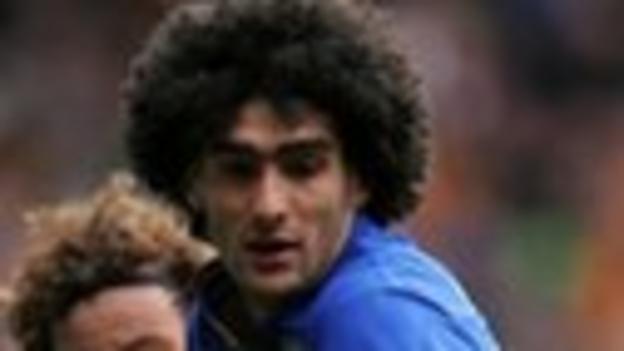 If there is one Everton player who has ploughed away week after week, putting in a proper shift every time, then it is Fellaini. He is never the star but always the grafter, and against Wolves he did that and more. He could do with seeing a decent barber though!

Did you know? Only Grant Holt (86) has committed more fouls in the PL this season than Fellaini (82). 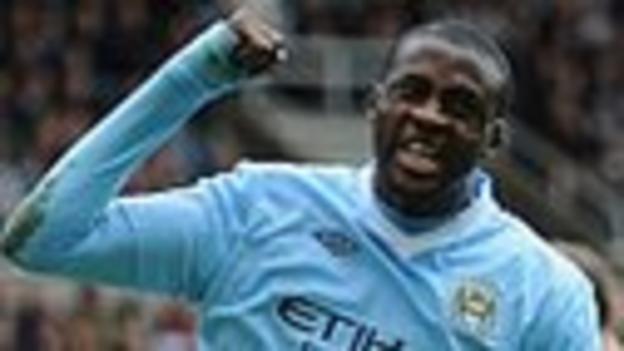 I went to the Manchester City Player of the Year awards and I was amazed that Yaya didn't win one of the prizes on the night. What does he have to do? Two magnificent goals against an in-form Newcastle look almost certain to clinch City the title.

Did you know? Has averaged 81.4 passes per 90 minutes in the PL this season, more than any other player. 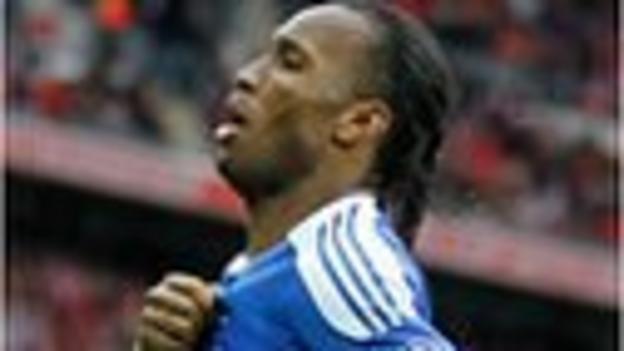 There are few genuine centre-forwards who can lead the line alone. What sets Drogba apart from the rest is that he's been leading that line for eight years. Clarence Seedorf said to me some time ago that Chelsea can win nothing without Drogba. It will be interesting to see if Di Matteo leaves out the Ivorian on Tuesday night at Anfield. If so the scene is set for a European showdown and Drogba is the man who is most likely to steal the show.

Did you know? Drogba has scored in all seven of his domestic cup final appearances with Chelsea (four FA Cups, three League Cups). 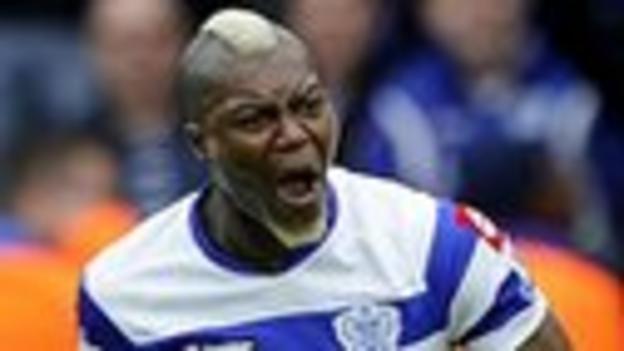 I interviewed Cisse when he first arrived at QPR and he convinced me the Hoops would not go down. Since then his antics have resulted in his two dismissals and the club have been dragged into a relegation dogfight. Admittedly, his winning goal against Stoke will, if it keeps them up, be pay back for the faith Mark Hughes has shown in the mercurial striker. The reason he makes my TOTW is because he made a tricky finish look easy. He kept his nerve and made it happen. That's why he has been a top striker in his time.

Did you know? In seven Premier League games this season, Cissé has scored in five and been sent off in the other two.