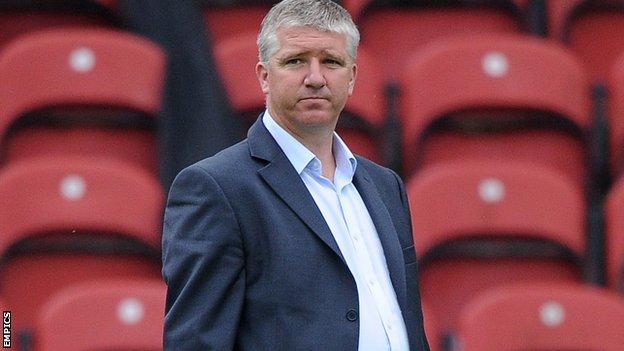 Torquay manager Martin Ling is worried about the fatigue of his players going into the League Two play-offs.

His side lost 3-2 at Hereford, who were relegated, to finish fifth in the table despite having automatic promotion in their own hands last month.

The Gulls face a second play-off campaign in as many seasons as they face Cheltenham Town over two legs in the play-off semi-finals.

"The downside of it is how tired they are now," Ling told BBC Radio Devon.

Under Paul Buckle, Torquay made the League Two play-off final last season, but were beaten 1-0 by Stevenage at Old Trafford.

"We've got another 11-month season this year, so we'll take this into account."

But Ling says his side will be prepared for the trip to Whaddon Road on Sunday.

"The only advantage for Cheltenham is distance to travel, it's probably our closest game after Bristol.

"As from Tuesday we will be working our way towards Sunday's game against Cheltenham."