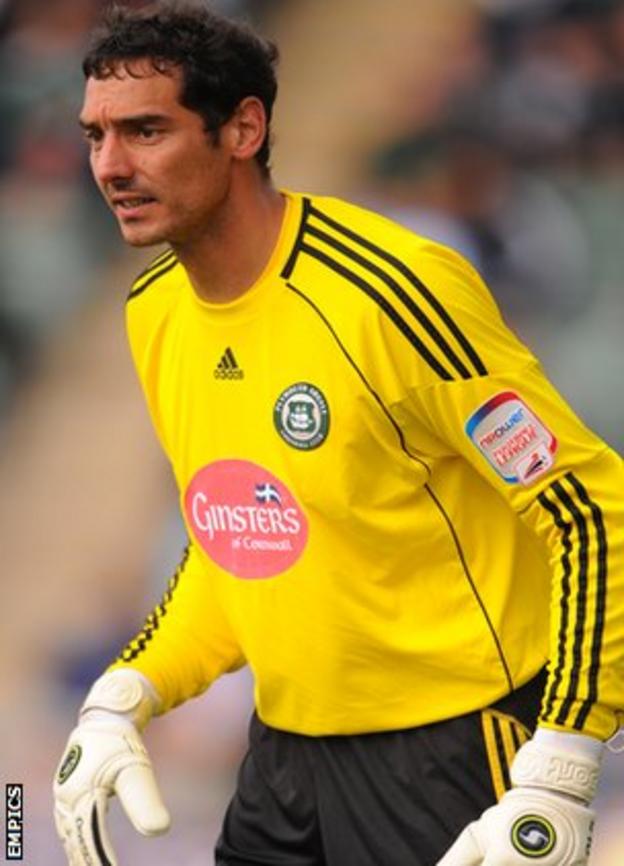 Plymouth Argyle boss Carl Fletcher is unsure as to whether he and Romain Larrieu will still be the League Two club's management team next season.

And, in keeping Argyle in the Football League, Fletcher hopes to be allowed to carry on the job he has started at Home Park.

"As a big picture as a club, and as a football team, from where we were to where we've come to has been a massive, massive step," he said.

Veteran keeper Larrieu announced his retirement from football on Saturday morning before coming off the bench to play as an 80th minute substitute in the 2-1 home defeat by Cheltenham.

And Fletcher admitted that Larrieu, who played 318 games for Argyle after signing from French side Valence in 2000, deserved his rapturous applause from the Home Park faithful.

"It doesn't happen a lot these days when someone's there 12 years at a football club," added Fletcher.

"It was important for Romain to go out there one last time in front of the home fans.

"He's been a great servant to the club through the highs and lows and I'm sure it's been an emotional day for him."

Larrieu was part of the side that got promoted from the old third division all the way up to the Championship between 2001 and 2004.

He has also been a fixture in the side that suffered two successive relegations over the past two seasons and stayed loyal at Argyle as the club entered administration last year.

Away from football, Larrieu twice overcame testicular cancer to return to the Argyle starting line-up and is fourth on the club's list of all-time appearance makers.

This season he has taken more of a back-seat, playing a dozen games as he stepped up to be number two to Fletcher followijng in September.