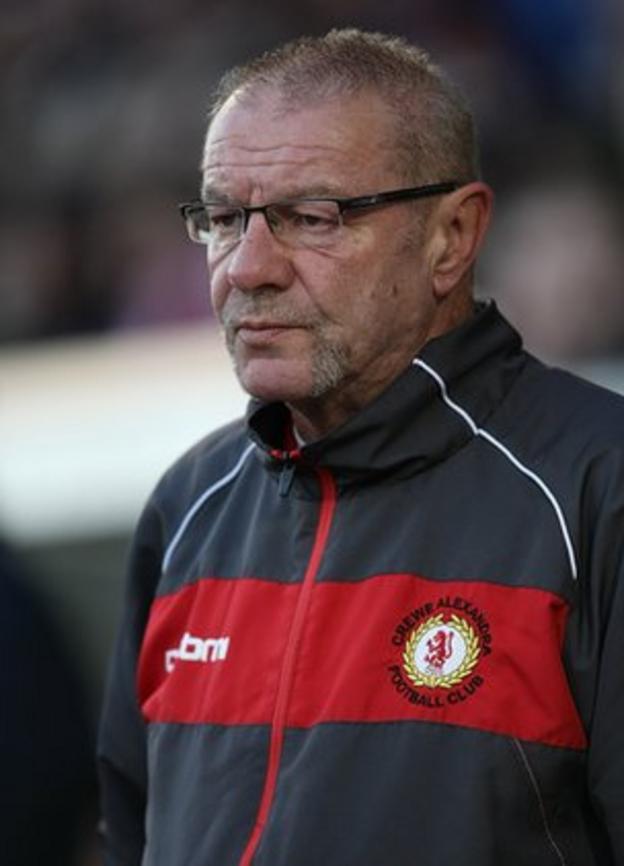 Having been in 17th place in November, when Dario Gradi stood down as manager, Crewe have gone unbeaten in their last 16 matches under Steve Davis and will now face Southend in the semi-finals.

"It's a fantastic achievement," Baker told BBC Radio Stoke: "Considering where we were when Steve took over.

"It certainly wasn't something we were contemplating back then."

Having started with a 4-1 FA Cup first round home thumping by Colchester, Davis then enjoyed victory in his first two league games in charge - and they have rarely looked back since.

Having lost their first four league games this season, and 10 out of their first 17, the Alex have gone on to lose just four times in their 29 League Two matches under Davis.

"The players' confidence has grown as we've gained momentum and the season has gone on," said the vastly experienced Baker, Gradi's long-time number two.

It's been a great team effort on and off the pitch. We're all here for the right reasons. We all want Crewe Alexandra to progress

"That has been shown in a lot of games when we've scored late on.

"It's all down to working hard and the players playing close to their best - and we've developed into a good team."

Baker, who has now been at the club almost 20 years, was part of the scene the last time Crewe won at Wembley in the play-offs to reach the second tier of English football back in 1997.

And he says the team's effort that has got them into the play-offs runs all the way through the club.

"It's testament to the people at the club," he added. "The groundwork that has been going on for many years.

"Dario has been a massive part of it, so are Neil Critchley and James Collins. It was a tough act to follow when Steve Holland left.

"It's been a great team effort on and off the pitch. And we're all here for the right reasons. We all want Crewe Alexandra to progress."