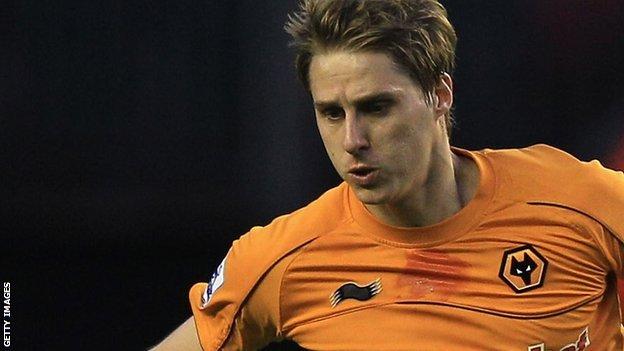 Dave Edwards says the Wolves squad are ashamed of their performances this season after finishing bottom of the Premier League.

Wolves ended a run of nine successive home defeats with a 0-0 draw against Everton in Saturday's final home game.

"We've let the club down from the people at the top to TC [manager Terry Connor], because everyone loves him."

Wolves have picked up just four points in 12 games since Connor succeeded Mick McCarthy in February.

He will find out after Sunday's final game of the season, at Wigan, if he will continue to manage Wolves in the Championship.

The players have been unanimous in their support for Connor to continue and the manager said: "It's very nice they should say that.

"I can't ask for any more in terms of their endeavour, their honesty and their approach to the games and training, to everything I've tried to do."