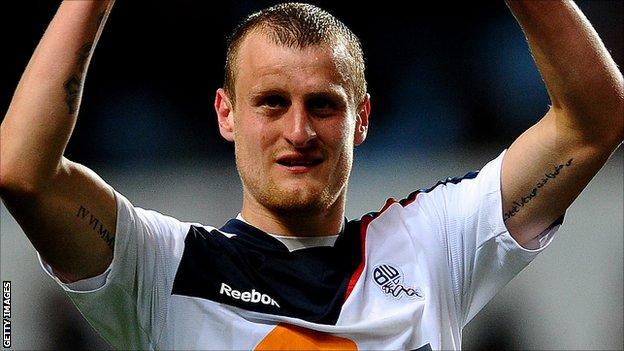 Bolton defender David Wheater faces up to nine months on the sidelines after rupturing the anterior cruciate ligament in his right knee.

The 25-year-old, who joined the Trotters from Middlesbrough in January 2011, suffered the injury during last weekend's 2-2 draw with West Brom.

He landed awkwardly in the game at the Reebok Stadium and scans confirmed the severity of the injury.

Wheater has made 40 appearances for Bolton since his £2.3m move.

Owen Coyle's side need to win their final game of the season at Stoke on Sunday to stand any chance of staying in the Premier League.