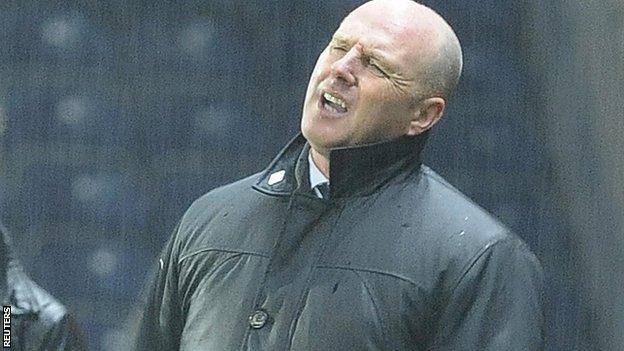 I don't think there is any way Steve Kean and Blackburn owner's Venky's can be part of the club next season.

I thought he should have walked after the Bolton performance [2-1 home defeat in December]. He turned it around for a bit. There were times we thought they would stay up. Now the honourable thing now is to say "we failed, I'm going to leave".

Blackburn defender Bradley Orr said afterwards that Kean had been magnificent this season. I have got to pull him up on that point. If the manager was magnificent I don't think Blackburn would be in that position. They have got relegated because their manager and their players have not been good enough.

The fans have been upset with the board and the manager but have stuck by the players and I hope the players don't forget that. I have not heard the supporters have a go at the players all season.

When I was here under former chairman John Williams it was a great club. The training facilities are magnificent. The ground is magnificent. But look at Leeds and Manchester City. When they went down they were relegated again to League One and they are bigger clubs than Blackburn. I do fear they could slide down another division.