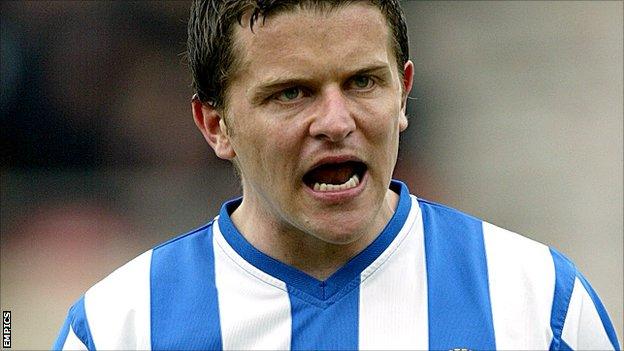 The pair replace Gary Lowe and Martyn Booty, who rejected the chance to stay at Ewen Fields after guiding the Tigers to the Blue Square Bet North title.

McNiven spent two years playing for Hyde and served as caretaker manager at the end of the 2010-11 season.

McCann retired from playing last year and has since been coaching at Bolton.

He spent more than a decade in the Premier League playing for Sunderland, Aston Villa and Bolton, and won his solitary England cap against Spain in 2001.

Under Lowe and Booty, Hyde clinched promotion to the top tier of non-league football for the first time in the club's history, winning the North title by five points.

However, Lowe is believed to have been unhappy with the playing budget he had been offered for next season.