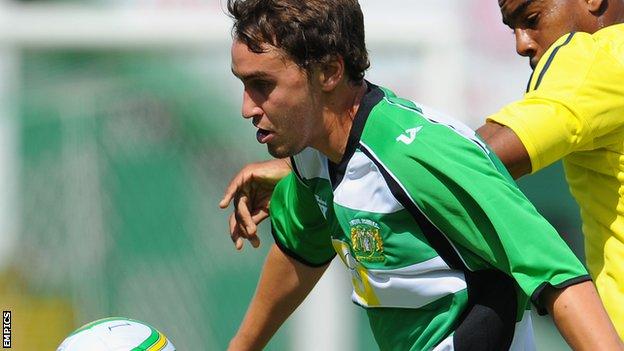 Ed Upson has signed a new contract at Yeovil Town to keep him at club until the summer of 2014.

The 22-year-old midfielder joined the Glovers in 2010 from Ipswich and has since made 68 appearances.

"He's committed himself to us for the next two years, which is fantastic as I think he'll only get better," manager Gary Johnson told BBC Somerset.

"Since I've been here he's been a fantastic player, a great person and a real pro."

He added: "He's a good one to get the old domino effect started."