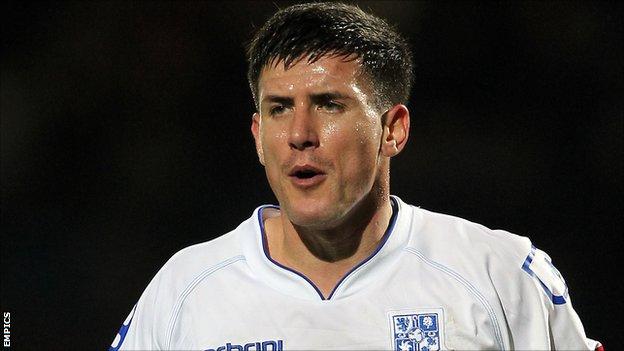 David Buchanan has said he "could not have asked for anything more" from his first season at Tranmere, after being named the club's player of the year.

Buchanan is one of five out-of-contract players to be offered new deals.

"People didn't know much about me, I had to fight for my place and show I was worthy of a contract," the 26-year-old defender told BBC Radio Merseyside.

"The next step was to get into the team. Luckily I got my chance early on and I feel I've done really well."

"It's a tough decision because they've all given their all and that's all you can ask," said manager Ronnie Moore, who guided Tranmere to a final position of 12th in League One and signed a new one-year contract at Prenton Park last month.