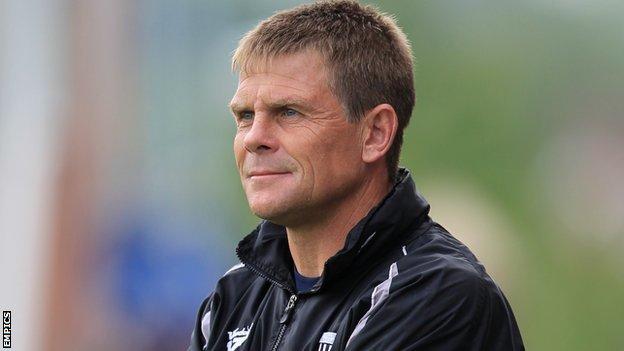 Andy Hessenthaler has stepped down as manager of League Two side Gillingham.

Hessenthaler, who had been in charge of the Gills since May 2010, has been offered a place on the board after the club failed to make the play-offs.

Gills chairman Paul Scally said: "I'd like to thank Andy for his hard work and effort over the past two years.

"Both I and Andy, while disappointed the club has not achieved its aims this season or last, want nothing but success for the club going forward."

He added: "Given the huge and invaluable contribution Andy has made to the club, I have asked him to consider joining the board as a full company director.

"The role would assume responsibility and oversee all club football development, scouting, recruitment and all other football related matters.

"Andy has agreed to consider this offer over the next few days."

Hessenthaler, 46, has had two spells as Gillingham manager.

Hessenthaler took Gillingham to 11th place in the second tier of English football in 2002-03, their highest ever Football League position.