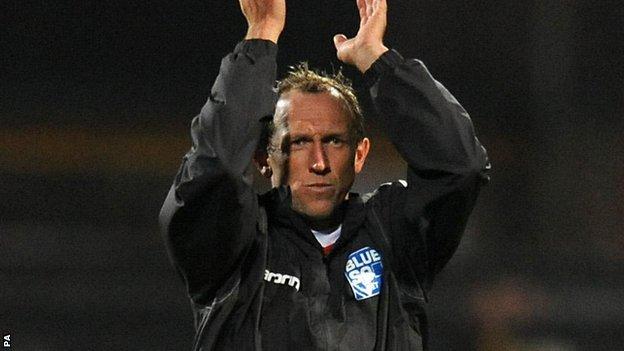 Player-manager Andy Morrell concedes some players could decide to leave Wrexham during the summer following their play-off heartache.

Morrell is keen to strengthen Wrexham's squad for but expects some players might opt to leave.

"I expect phone calls because we've got some good players," said Morrell.

"Some players might want to leave but I know the majority will want to stay because it's a fabulous club. I wouldn't want to leave.

"We've got the nucleus of a fabulous team as 98 points proves."

One player who is set to leave Wrexham is Nat Knight-Percival with Championship side Peterborough United announcing the defender will be joining them for next season.

Defeat against Luton over two legs in the play-off semi-final was a bitter pill to swallow for a Wrexham side which missed out on automatic promotion despite amassing 98 points.

Wrexham's 2-1 win over Luton at the Racecourse was not enough for the Dragons and Morrell admitted he felt "sick" after his side's play-off dreams were shattered.

Morrell will take stock of Wrexham's season before he starts to plan ahead for the new campaign - the Welsh club's fifth season in the Conference.

"[I'll] take stock and speak to the money men because going up is financially massive for a football club," added Morrell.

"We haven't managed to do it so we'll have to speak to them and see if there's any money and work it from there.

"Players don't want to drop out of the Football League but we'll try and entice them.

"I can say we're the second best team in the league with 98 points, we play nice attractive football and we've got unbelievable fans."