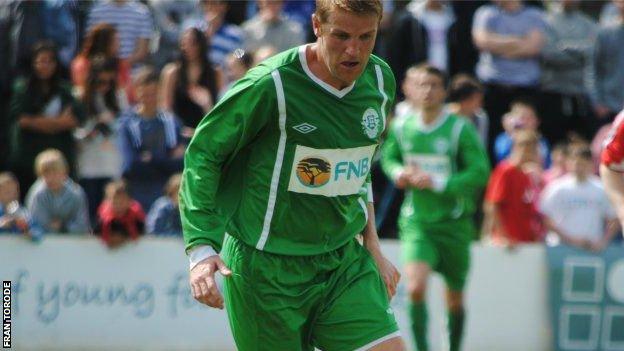 As well as getting both goals in the annual grudge match with rivals Jersey, Heaume also got both goals in Guernsey's Combined Counties Premier Cup win on Friday night.

"It's capped off what's been a fantastic weekend," he told BBC Guernsey after the Muratti.

"I couldn't have written the script any better on a personal level."

He added: "It's a team performance, every player has had a fantastic game and we fully deserved the victory."

Heaume played in all but one of Guernsey FC's matches last season and scored 29 goals.

"He's in a rich vein of form and I'm incredibly pleased for him as an individual for the success he's achieved at such an important moment in Guernsey football," said Guernsey manager Kevin Graham.

"He's the person who's standing up, delivering the goals, being brave, and getting into the areas to score the goals."