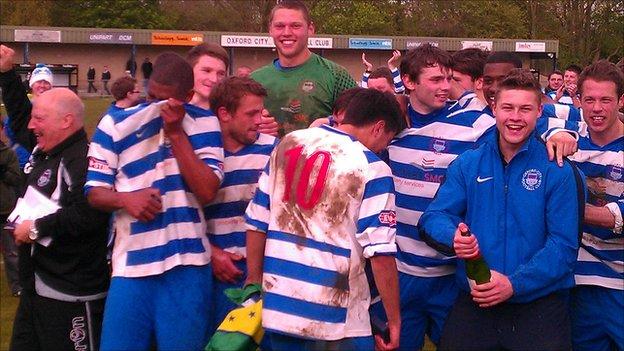 Oxford sealed their highest league position for 130 years and are now just two steps beneath the Football League.

"The players have been magnificent," Ford told BBC Radio Oxford.

"In the first half we were awful but still we went in at the break 1-0 up. They got a goal back and then we responded with three."

Ford admitted it would take a few days to fully appreciate the achievement, adding: "It will really sink in when the fixtures come out.

"The football club needs to enjoy this moment, reflect for a couple of days and then plan and prepare for next season."