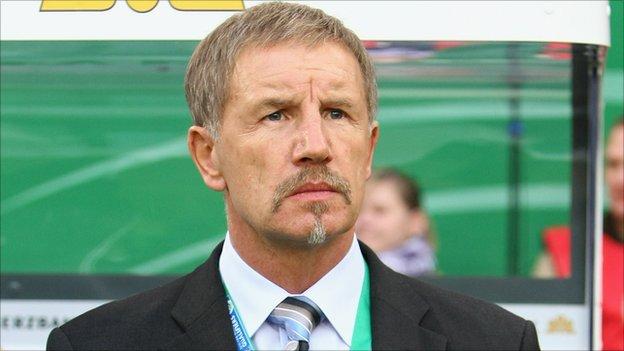 Former South Africa coach Stuart Baxter has been named as the new coach of Kaizer Chiefs, the country's most popular club.

Chiefs hold the record for the most trophies in South Africa but have not won the league since 2005.

However, the former Finland coach left his post after failing to qualify the side for the 2006 World Cup finals in Germany.

The widely-travelled coach has also worked at club level in Sweden, Norway, Portugal and Japan.

He is due to take over in June, when the new season gets underway.

Baxter met with his new charges on Tuesday morning, ahead of Chiefs' league clash against Ajax Cape Town in Polokwane on Wednesday.

"I do not have much to say today - all I can say is that this football club must get better and play effective football," he was reported as saying by the club's official website.

"It is my intention to bring the best in you and make you the best you can be. I want us to work together in bringing back trophies to this club.

"I am honoured to be here and looking forward to working with you," he added.

Chiefs failed to win any of the four league and cup trophies this season and recently suffered four consecutive losses in all competitions for the first time since the club was founded 42 years ago.