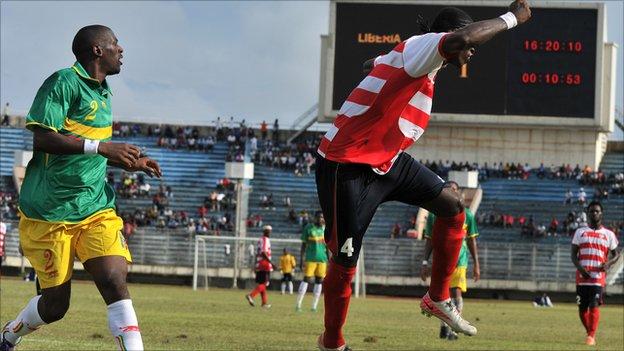 Liberia have appointed Kaetu Smith as the new national coach of the Lone Star.

The Liberian replaces Italy's Roberto Landi, who was dismissed by the local FA in February.

Smith last coached in Liberia in the 1990s, leading both Baccus Marines and LPRC Oilers, with the latter winning the title under his charge in 1998-99.

The length of Smith's contract has yet to be announced, although talks are understood to be ongoing.

The immediate task for Smith, who has spent much of the last decade coaching youth teams in the United States, will be to prepare his team for next month's vital qualifiers.

His first competitive game in charge comes in just over three weeks as the Lone Star travel to Senegal for their opening 2014 World Cup qualifier.

A home match against Angola in the same competition comes the following week (with Uganda making up Group J).

On 15-17 June, Liberia turns its attentions to the 2013 Africa Cup of Nations qualifier against Namibia.

The Lone Star will be protecting a 1-0 lead from the first leg in Windhoek as they try to reach the second round of qualifying.

Liberia, which has never reached the World Cup finals, has only contested two Nations Cup tournaments in its history - in 1996 and 2002.

The BBC's Zoegar Jaynes in Monrovia says that one reason that Smith has been appointed is because of his reputation as a disciplinarian.

Indiscipline has been a problem in camp in recent times, Jaynes adds.

Smith never played for the Lone Star, who are currently ranked 112th by football's world governing body Fifa, but he did play club football in Liberia.

In the late 1990s, he worked as a deputy to coach Henry Brown as both led some of Liberia's youth sides to prestigious titles in Sweden (Gothia Cup) and Denmark (Dana Cup).