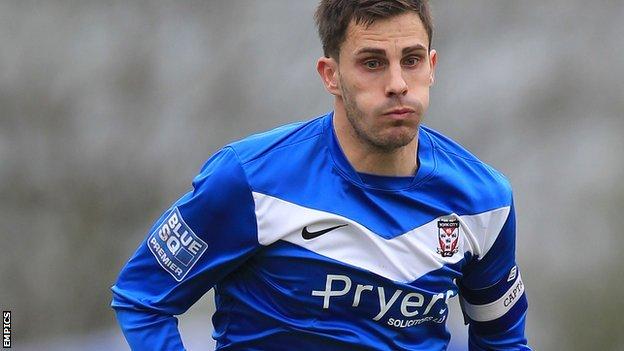 York City captain Chris Smith has praised his side's achievements after they secured their place in the Blue Square Bet Premier play-off final.

The Minstermen beat Mansfield 1-0 on Monday to set up a final with Luton.

With the side due to play Newport in the FA Trophy final on Saturday, Smith is relishing the prospect of two Wembley trips.

"It's hard to explain, to get there once is a dream but twice is unbelievable," he told BBC Radio York.

"I feel [on] top of the world. Now we can enjoy ourselves knowing that we have two Wembley trips in eight days. I can't wait."

The former Stags player was impressed with how his side stood up to Mansfield, who finished six points above them in the regular season table, despite a difficult pitch.

"I don't know if it's true but we heard that they trained on the pitch all week to make sure it was bobbly and would stop us playing our passing game," he continued.

"I think teams fail on their side thinking that we can't battle physically, we've proved that we can."

It is the second time in three seasons that York have reached the play-off final, after losing 3-1 to Oxford in 2010, while Luton have made the final for the second successive campaign.