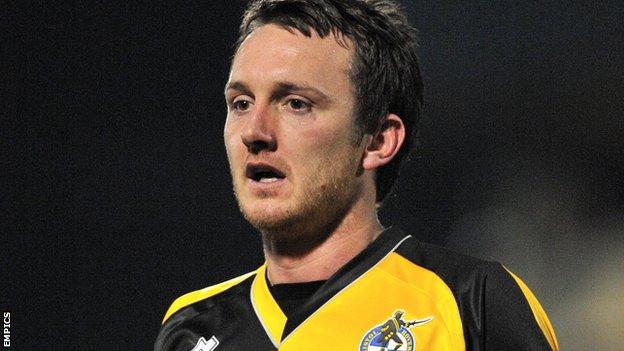 The 31-year-old Welshman first joined the Glovers in 2002 when they were playing in the Conference and is now in his fourth spell at the club.

During his time away from Huish Park, he enjoyed spells with West Ham, Bristol City, Bristol Rovers and Ipswich Town.

Williams has made a total of 154 appearances for the League One outfit, netting 31 goals.

Manager Gary Johnson revealed after their final game of the season on Saturday that Williams had been offered a new deal along with Ed Upson, Dominic Blizzard, Luke Ayling, Andy Williams and Paul Huntington.

Yeovil have also shown interest in signing loan duo Jonathan Grounds and Jonathan Franks, who have been told by parent club Middlesbrough that they are free to talk to other clubs.

Meanwhile forward Kieran Agard, 22, has been released after only a year in Somerset in which he made 34 appearances, scoring six goals.