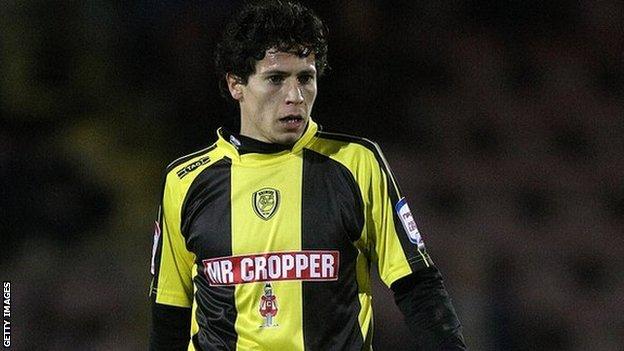 The 20-year-old made 18 appearances for the Brewers last term and was a regular in the second half of the season.

Midfielder Jimmy Phillips is currently considering an offer to spend two more years with the Brewers.

The 22-year-old former Stoke trainee joined Burton three years ago and made 36 appearances this season as they finished 17th in League Two.

Argentine midfielder Gurrieri joined in October after a successful trial spell and played 14 times, but his last appearance was in February.