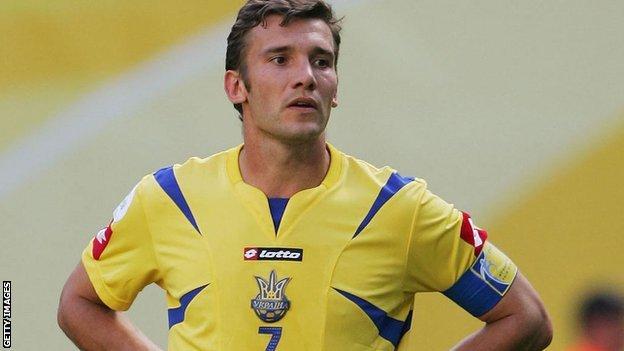 First-choice keeper Oleksandr Rybka is serving a two-year suspension for a doping offence.

Ukraine are in Group D with England, France and Sweden.

Blokhin's side begin their campaign against Sweden on 11 June, shortly after the Group D opener between England and France.

Two members of the Ukraine squad have experience of playing in the Premier League: Andriy Voronin (Liverpool 2007-10) and Andriy Shevchenko (Chelsea 2006-09)

Ukraine take on France on 15 June before facing England on 19 June.

Top scorer Andriy Shevchenko has recovered from injury to join the pre-tournament trip to Turkey, but Shakhtar Donetsk defender Dmytro Chygrynskiy has missed out.