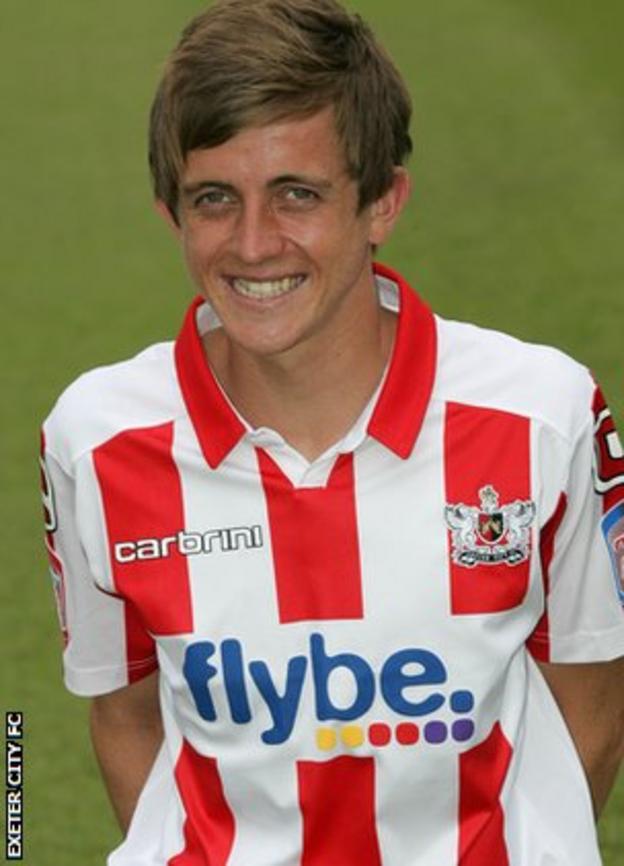 Exeter City winger Elliott Frear has agreed a new deal with the club.

The 21-year-old made his debut in November in the FA Cup first round draw with Walsall.

A product of the club's youth academy, Frear has played 12 times for City this season scoring once, in the replay against Walsall which City lost 3-2.

The club has not revealed how long Frear's new deal runs for, while it seems that goalkeeper Lenny Pidgeley will be leaving after one season.

The former England Under-21, Chelsea, Millwall and Bradford stopper tweeted that talks on a new deal between him and manager Paul Tisdale had broken down.

"Contract talks didn't personally go well today, would like to stay, really enjoyed this season but as it stands will be getting released," Pidgeley said on the social networking site.

He played 12 times for Exeter and will be best remembered for saving two spot-kicks as the Grecians beat arch-rivals Plymouth Argyle 3-0 in a penalty shoot-out in the Johnstone's Paint Trophy in August.