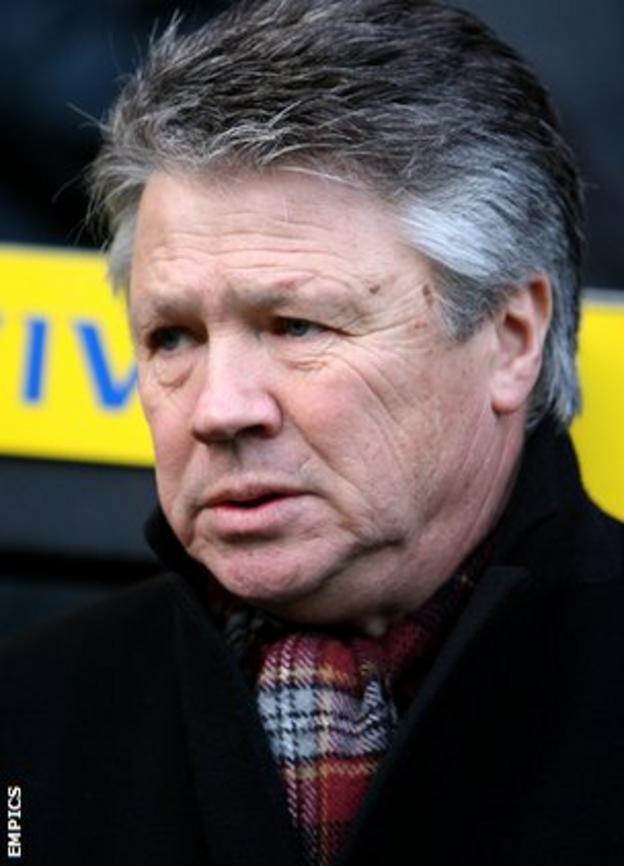 The 60-year-old at the weekend after being taken ill at Exeter's final game of the season against Sheffield United.

"Steve is taking tiny but significant steps as he battles to recover," said a statement on the Exeter City website.

Perryman spent a short amount of time talking to his family on Tuesday.

"Steve is invaluable to us, he is central to everything we have achieved.

"His advice to the management team, his involvement on the training pitch, his involvement at matches as well, he's the one shouting form the back of the stands and encouraging the players on.

"His skills in negotiating the deals we've done, transfers in and transfers out are irreplaceable," Conway added.

Perryman is Tottenham's record appearance-maker, having played 866 times for the club between 1968 and 1986.

He held the record for most matches played in England's top flight, having played 613 times in the old first division, for 25 years before Manchester United's Ryan Giggs broke the mark last August.

Perryman managed Brentford, Watford, Norwegian side Start and Japanese sides Shimizu S-Pulse and Kashiwa Reysol before becoming director of football at Exeter in 2003.

He also took charge of Exeter with Scott Hiley for a short period in October 2004 after Eamonn Dolan left the club to become Reading's academy director.