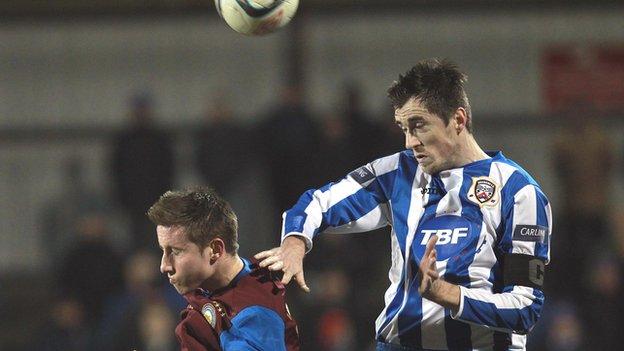 Coleraine players David Ogilby, Aaron Canning and Stephen Lowry have signed new deals which will keep them at the Showgrounds club until 2015.

It is a boost for Bannsiders manager Oran Kearney as he starts preparations for next season.

"The three of them were a big part of our success on the field last season,"Kearney told the club website.

He added: "David is our club captain, part of one of the best defences in the league and an extremely consistent performer who has rarely been anything short of excellent since I took over.

"Stephen has gone from strength to strength over the last 16 months or so. I had him at Limavady and I knew that he had the talent to become a top player at this level and this season he has proved that.

"Aaron is still only 20, but passed the 100 game mark for Coleraine the other week.

"To have played that many games at his age is testament to how good a player he is and he's only going to keep getting better as he gains more experience.

"All three are the sort of players we want to build a team around for the long-term."