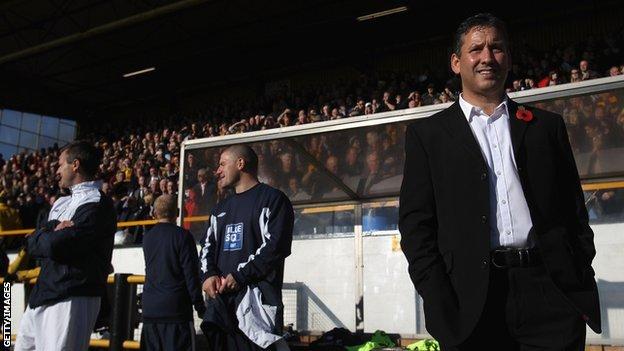 Southport have rejected an approach from Macclesfield Town to speak to manager Liam Watson.

The Silkmen are looking for a new boss after Brian Horton left the club following relegation from League Two.

But Watson is keen to stick with the side that finished seventh in the Blue Square Bet Premier this season.

"We have had a fantastic season and I am already putting the pieces together to make us even more competitive next season," he told the club's website.

He added: "It shows we are all working well here at Haig Avenue.

"Obviously it is good that others recognise the progress we are making here."

After the Yellows narrowly avoided relegation from the Blue Square Bet Premier last season, chairman Charlie Clapham kept faith in Watson, and the 41-year-old wants to show his gratitude.

"I have a great relationship with the chairman, loyalty works two ways, he stuck by me a season ago and we have achieved so much in the last 12 months," Watson continued.

"The time is right for me to stay here, continue to build the squad, which took a lot of effort 12 months ago, and take us all forward.

"I am really looking forward to pre-season. The close season will see some exciting additions to the squad and we will all be giving 110% to enjoy another successful season with us competitive in the Blue Square Bet Premier."