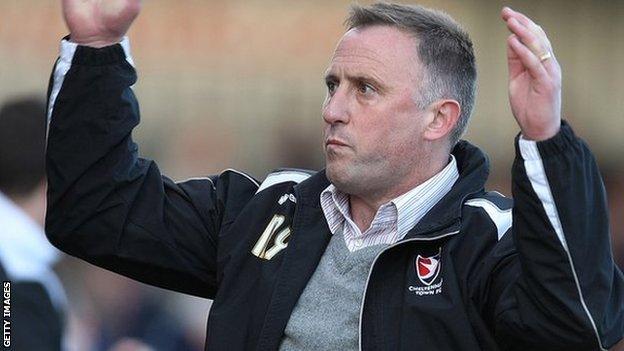 Assistant boss Neil Howarth has also agreed a deal which runs until 2014.

The duo, who joined the Robins in 2009, have taken the club into the play-offs where they will face Torquay on Sunday.

"It has been on the back burner because we wanted to concentrate on football but we've achieved what we set out to achieve and I think now was the right time," Yates told the club's website.

"I'm very happy but I'm glad it's sorted because we have had it agreed for a while now."

Cheltenham finished sixth in League Two this season and will play Torquay at Whaddon Road in the first leg of the play-off semi-final.

"I think this job was always going to be tough and it has been but the club has shown faith in myself and Neil," he said.

"If you stick to your beliefs and you're true to yourself, as well as everyone concerned, the results will come your way.

"The players have worked their socks off and for eight months of the season they have been absolutely fantastic."