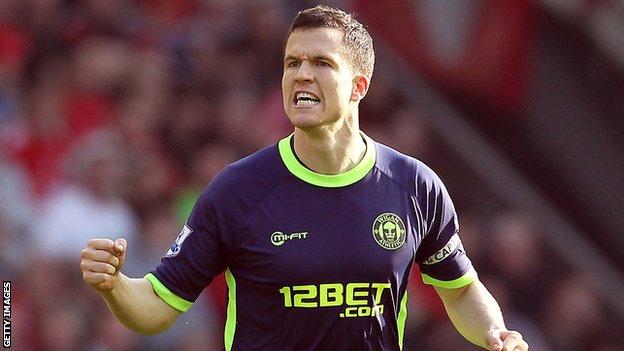 After dramatically avoiding relegation last season, the Latics endured a poor start the current campaign, including a run of eight consecutive defeats.

Monday's victory over Blackburn ensured a calmer finale this time around, and Caldwell is keen to push on.

"Hopefully this is a platform to kick on and be a major force next year," he told BBC Radio Manchester.

"We have to build on it now. Last year we stayed up on the last day and we tried to build on it but we got off to a sticky start again and had to dig in to stay in this league."

Wigan cemented their place in the top flight thanks to a run of six wins in eight games, claiming the scalps of Manchester United, Arsenal, Liverpool and Newcastle along the way.

But Caldwell admits he is not sure where the current good form has come from.

"If I could put my finger on it I would be the manager," he continued.

"I think the team has come together, there's a lot of young players that are learning all the time. As a football club we are learning and progressing."

But he did praise the role his fellow defenders have played, after conceding just six goals in eight games, compared to 52 goals in the 28 previous fixtures.

"The last few weeks the defence has really stood up," he added. "That's four clean sheets in the last six or seven games.

"Like any club you have to build from the back and we have shown that solid base that we can play from. With a team like ours we have always got players in attacking areas that can hurt you."