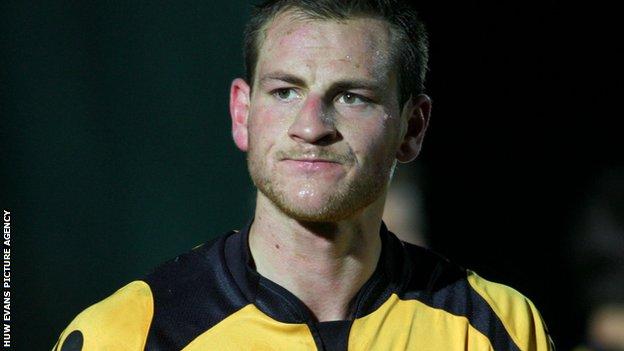 Under Edinburgh the Exiles have reached their first Wembley final and retained their Blue Square Bet Premier status.

"Since he's come in it's been a breath of fresh air. He's been outstanding," said Warren.

"He's obviously someone who has played at the highest level and someone you look up to and respect."

Former Spurs defender Edinburgh was appointed County manager last October after Anthony Hudson was sacked following a run of 10 games without a win.

Newport went on to avoid relegation and Warren says Edinburgh and assistant Jimmy Dack have made a difference.

"Our form since they came in picked up quite a lot and it's pleasing these guys have come in and done such a fantastic job," added Warren.

Skipper Warren says York City, who have reached the Blue Square Bet Premier play-off final, will start as favourites at Wembley even though they failed to beat County in the league this season.

"They're probably favourites in terms of where they are in the league, but I think on your day it's anyone's game," said Warren.

"We beat them at our place and got a point up at their place, but I think that goes out of the window when you've got a final like this.

"I think it will be the team that deals with the pressure and the atmosphere of the whole occasion that will go out and win the game."

Warren says a Wembley appearance is just rewards for the supporters of Newport County, a club which went out of business in February 1989.

But after reaching the FA Trophy final and having avoided relegation, Warren believes Newport fans can look forward to a promising future.

"They've been through thick and thin," said the former Team Bath defender.

"They've had some difficult times in the past and now the club is going in the right direction.

"It's a massive day for the club and I'm hoping we can go there, pick the trophy up and then obviously kick-start for next year."