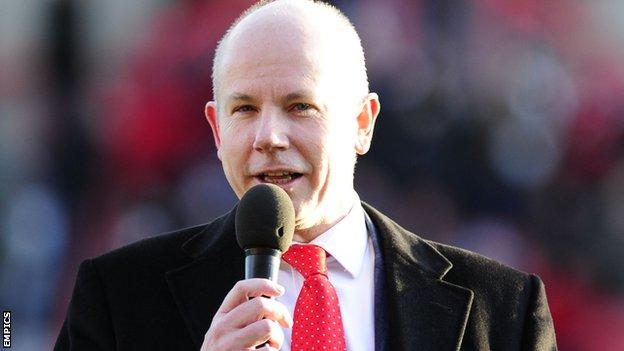 Swindon Town chairman Jeremy Wray has been discharged from hospital after being taken ill during Saturday's game at Bradford.

Wray began suffering with severe leg pain and was checked over by paramedics before attempting to return home with Robins chief executive Nick Watkins.

He was admitted to Newbury Hospital after his condition worsened, before being transferred to Reading.

But Wray has now been released to recover at home.

"I've spoken to him and he doesn't feel unwell in himself, but swelling around the knees is causing him some discomfort and some problems with mobility," Watkins told BBC Wiltshire on Wednesday.

"He's aware that everybody associated with the club wishes him well and hopes for a speedy recovery."