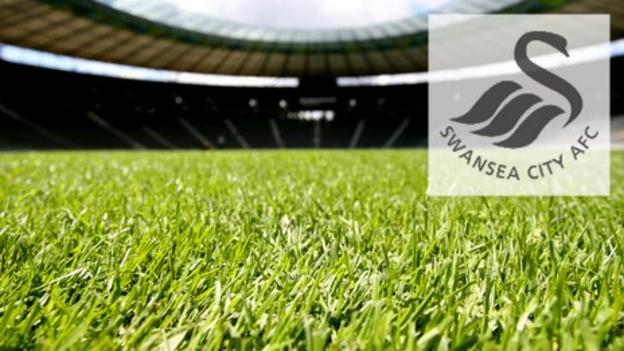 The 19-year-old has impressed for Swansea's reserves this season after signing his first professional deal a year ago.

The Welsh Under-19 international said he was delighted to sign a new deal that will keep him at Swansea until 2015.

"There's no better time to be part of Swansea City with the club securing its Premier League status for a second term," Edwards told Swansea's official website.

"The manager and the coaching staff have been brilliant with me and there's already a suggestion of perhaps going out on loan next season.

"I don't mind because it's important I keep gaining experience if I want to have a long-term future at Swansea,."