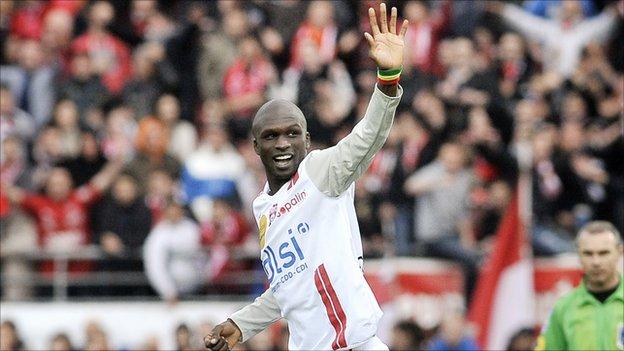 The Eagle joins the seven-time European champions on a three-year deal.

Nancy's website stated that Traore agreed a move in April but was only keen for the move to become public once the club assured its Ligue 1 status.

"After what I went through, everything that's happening to me now feels particularly special," Traore told Fifa's website after signing for Milan.

Traore is weeks away from the end of his three-year contract with Nancy, who lie 11th in the 20-team division.

After Monday's round of league matches in France, Nancy are seven points clear of the relegation zone with two rounds of matches left to play.

Traore, who usually plays a defensive midfield role, was part of the Mali squad that finished third at the Africa Cup of Nations in February, as the Eagles registered their highest finish since 1972.

He scored a vital winner in the group stages against Guinea, a result that eased the Malians' path to the knock-out stages of the competition.

Born in France, Traore spent his formative years at Amiens before joining fellow French side Nancy in 2009.