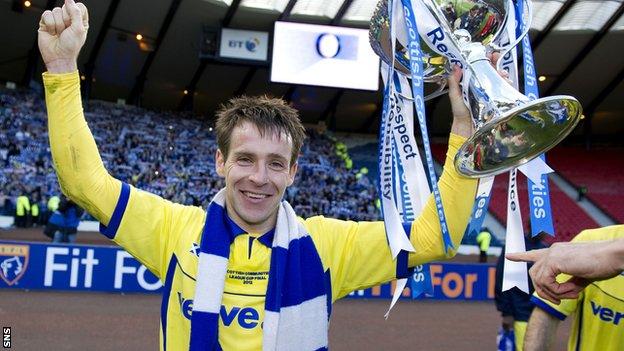 The versatile 34-year-old is Ayrshire-born and has spent his entire career at Rugby Park, having joined the Scottish Premier League club in 1995.

Hay has captained Kilmarnock on several occasions and has featured in more than 380 matches.

This season, he has made 31 appearances, including the 1-0 League Cup final victory over Celtic at Hampden on 18 March.

Kilmarnock also aim to retain James Fowler and negotiations continue with the 31-year-old, who is another a graduate of the club's youth set-up.