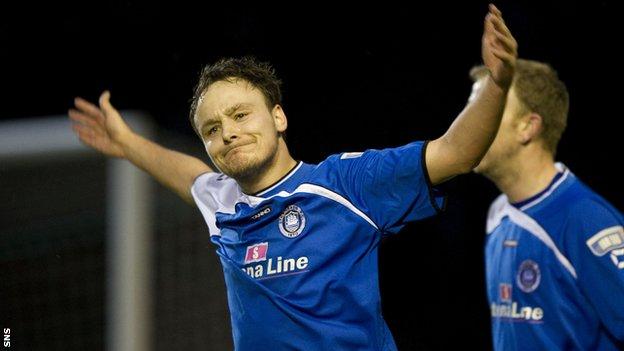 Sean Winter scored twice as Stranraer gained the upper hand over Queen's Park in the first-leg of their play-off semi-final.

The hosts took the lead after 17 minutes, Winter with a neat finish from the edge of the penalty area after good work by Craig Malcolm.

And Malcolm doubled the advantage five minutes later with a low drive from 18 yards.

The visitors were stunned by the quickfire double and struggled to regain their momentum.

Anthony Quinn had their best chance to pull a goal back just before the interval but failed to direct his header on target fro inside the penalty area.

The away side reduced the deficit three minutes after the restart, Quinn this time managing to guide his header past David Mitchell from Ian Watt's cross.

But Winter restored the two-goal cushion with his second and the Blues' third with a smart volley inside the area in the 68th minute.