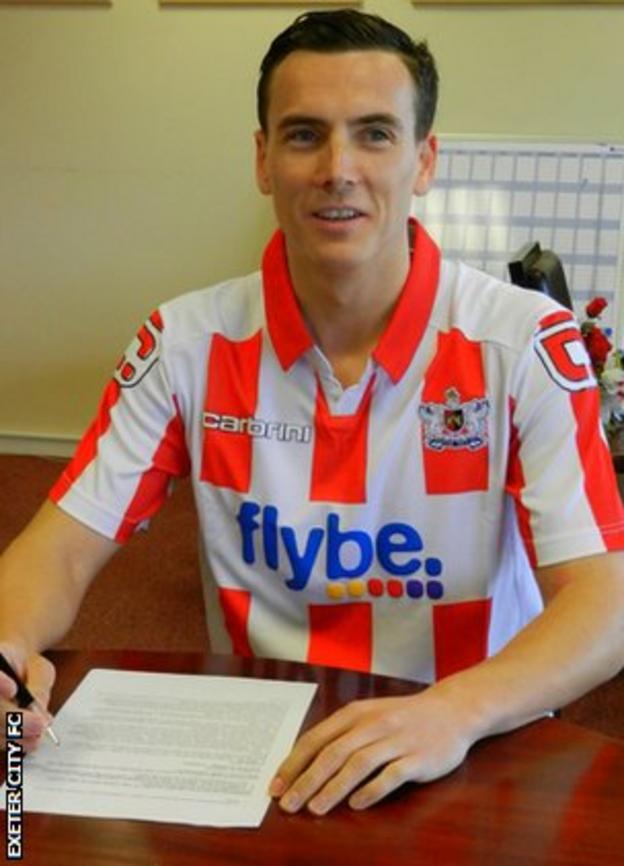 Gow has had a successful spell at St James Park since joining the club on a short term contract in March, scoring three goals in seven games.

I'm quite happy to settle down for a while now

"I am happy to have everything sorted and done and now I can look forward to next season," Gow said.

"I'm delighted as I've had a good time since I've been down here.

"The style of the team and the way the manager wanted to play suited me, and he showed a lot of faith in me when some managers in the past haven't played a way that suits me.

"He let me play and enjoy my football and think it's shown because I've done well."

The midfielder has had something of a nomadic career, playing for 12 clubs in just under 12 years.

He began his career at Clydebank in November 2000 and has played for several clubs, including Glasgow Rangers, Motherwell,Norwich City,Plymouth Argyle and Notts County.

"I'm quite happy to settle down for a while now," said the one-time Scotland 'B' international.

"I never planned as a young boy to move from club to club, but it's just the way it's happened with managerial changes, injuries and things like that.

"Throughout my career I've learned that's its not always the best thing to be moving about and I'd just like to settle somewhere for a while."