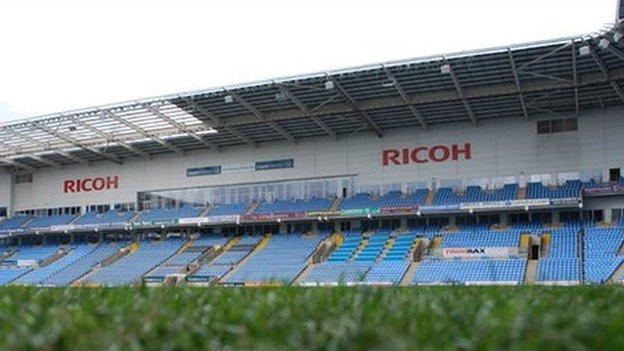 Chinese businessmen are considering investing in Coventry City, despite the Sky Blues' relegation to League One, reports BBC Coventry & Warwickshire.

Former Coventry vice-chairman Gary Hoffman has been working with Ken Grant, who is an independent consultant in Asia.

But they are understood not to want to work with current owners Sisu Capital.

Although Sisu are keen to find investors, the Chinese group are only interested in sole ownership.

Hoffman had feared that relegation might put off potential buyers, but there is still interest.

Grant is a director of FDKG Ltd - a company that advises top end brands and businesses on moving into the Chinese luxury market.

Following relegation, manager Andy Thorn was confirmed in the post for next season.

But he is still waiting to find out his budget as he aims at securing promotion back to the Championship at the first attempt for the the Sky Blues, who are still under a transfer embargo.