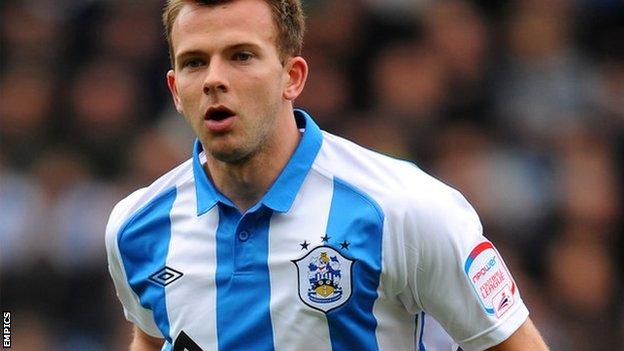 Huddersfield Town say they will not be forced into selling top scorer Jordan Rhodes, even if they fail to gain promotion in the League One play-offs.

The 22-year-old Scotland international has been linked with a move to the Championship or Premier League, after scoring 36 league goals this season.

"We can sell players when we want to and it's best for the club."

He added: "With Dean Hoyle as chairman we don't have to do anything that we don't wish to, whereas in the past we have maybe been forced a little.

"Ultimately everyone is a selling club, even Manchester United sold Cristiano Ronaldo, but the important thing is that you sell at the time of your choosing."

The Terriers travel to MK Dons for the first leg of their play-off semi-final on Saturday, before hosting the Dons in the return leg on Tuesday.

Nigel Clibbens was talking at BBC Radio Leeds' Huddersfield Town fans forum. You can listen to the show from 1800 - 1900 BST on Thursday, 10 May on BBC Radio Leeds 92.4 FM or listen online.